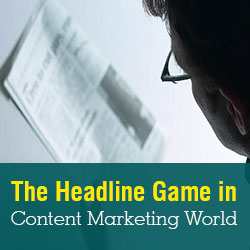 “On the average, five times as many people read the headline as read the body copy. When you have written your headline, you have spent eighty cents out of your dollar.”

― David Ogilvy, regarded as the Father of Advertising

It’s been long established that “Content Rules” the online marketing world. The proof lies in social media managers trying to create content that goes viral. Everybody wants content that is appealing and evokes action such as related to casual visitors turning into customers. What do you think, where does this process starts? Creating Viral content is not a child’s play, it entails planning and deep understanding of the volatile markets of today. In this article, we would look into this process’ first step which is so basic yet the most critical. Imagine you have great content but how do people know that the content is great. For this, that first ‘click’ comes from a great and attractive headline one that people just can’t resist clicking on.

Rules for writing a catchy headline

The number one rule today followed by marketers is to create a headline or title that attracts, surprises, shocks and generates curiosity in the minds of their readers. This is the first law of attraction as far as content marketing is concerned. Look at some of the common headlines/titles: 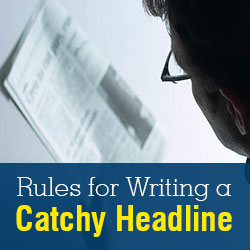 “The 5 Important Rules to go Viral”

“How to Lose Weight in 5 Weeks”

“The 10 Ways to Succeed in Interviews”

With the headlines being the first to come in the attention of readers and potential visitors, the scenario has become very competitive. Marketers and content writers are working hard and sometimes, unethically to create titles which are fake or misleading, or just attention-seeking while the content itself doesn’t have that much value to the reader.

The creation of honest and engaging content titles/headlines is a process in itself. Such headlines play an important role in building credibility and bringing regular readership/followers and customers. Pay attention not to just the creation of the content, but start with the perfect headline that’s real, appealing and definitely brings a reader in making.

Shaifali Gupta is the founder of Media Meridian, a Social Media & Content Marketing firm. Starting with an MBA & MS from Europe, she is now living her dream of writing. As a professional content writer, she writes about Technology/E-commerce/Social Media/Software Engineering. She has worked with various nonprofits & mid-size for-profit organizations in Silicon Valley & India, and understands their technology and communication media needs.